THE CROATIAN ACADEMY OF AMERICA 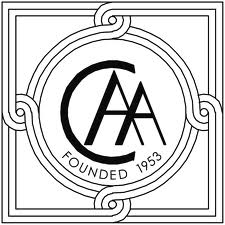 The Thirty-Third Annual General Assembly of the Academy was held in the New York Hilton Hotel in New York City on May 23, 1987. Following the verification of proxies, Dr. Edward S. Yambrušić was elected to chair the Assembly. In his introductory remarks, Yambrušić said that each year the Academy's responsibilities have been increasing and that the Academy is meeting them more than adequately, considering the small number of members dispersed in a large geographic area.

President Dr. Jere Jareb greeted those present and asked them to pay tribute with a moment of silence to deceased member Dr. Charles Zudenigo, who was born in Senj, Croatia in 1902 and died in Ashland, Oregon in January 1987. In his report Dr. Jareb gave a general overview of the Academy's activities during the past year. The Academy's most important accomplishment was publishing volume 25-26 of the Journal of Croatian Studies, dedicated to the Croatian language. He said that a detailed account of the Academy's activities will be given in reports of the Executive Secretary and other members of the Executive Council.

In her report, Executive Secretary Maria K. Tuškan M.D. said that there are no significant changes in the Academy's membership. The number of regular, corresponding and contributing members was slightly over 200. One member died and two new members were accepted. In addition there were what she called 15 "recalcitrating members", who either failed to answer recent communications or moved without leaving a forwarding address. Attempts were made to clarify their status. One issue of the Chronicle (No. 70) was published. It was followed by the Announcement of April 8, 1987 which contained brief notes about the Academy's activities which usually appear in the Chronicle. A few weeks ago a new 280-page double issue of the Journal of Croatian Studies, dedicated to the Croatian language, was published. The volume was well received. Some members and subscribers referred to it as the most outstanding volume of the Journal ever published. Dr. Tuškan also reported that the by-laws regulating the Academy's chapters, which were approved by the Thirty-Second Annual General Assembly on May 24, 1986 in Chicago, were published.

Treasurer Vinko Kužina reported that revenues were slightly over $10,000 and expenditures slightly under $10,000. The main source of income was membership dues, close to $7,500. He especially pointed out that Stanislava Rotkvič M.D., a regular member, also became a lifetime member by contributing $1,000. Four contributing members contributed $100 each. The donations to the Academy amounted to almost $1,000. Nicholas Milosevich contributed $50 in memory of Duško Duišin, and $50 in memory of Miro Gal; Vinko Kužina, in memory of J. and T. Kužina, $200. Most of the expenditures were for publishing the Journal and for mailings. The administrative costs would have been much greater, if were it not for services and materials contributed by some members without charge. Closing balance is $21,568.

Karlo Mirth, Managing Editor of the Journal, said that he is glad that he does not need to talk anymore about the volume dedicated to the Croatian language. Now, when the volume is finally published, it is up to the readers and critics to talk about it. He briefly described the contents of the next volume which will be dedicated to Croatian Renaissance, and introduced Dr. James Sadkovich as new Book Review Editor. Mirth also presented the report of Mrs. Xenia Duišin, Circulation Manager, and pointed out that she needs assistance in her work.

The President of the Committee of Control, Stanislava Rotkvić, M.D. reported that business records were found to be in good order, and that the work of the Executive Council was successful.

After a brief recess, the Nominating Committee proposed the list of all positions of the new Executive Council, except the Executive Secretary, whose term expires next year. The list was accepted and the following were elected:

President Jareb opened the discussion of new business. Mrs. Mira Ashby discussed plans of the Toronto chapter and broached several topics of interest for both Canadian and U.S. members. James Sadkovich discussed several projects which might be considered for current and future activities. Several other topics were discussed by Bogdan Radica, Jakov Bačić, Warren Spehar and some members of the Executive Council.

In the evening the traditional dinner for members and friends of the Academy was held at Hilton's Hurlingham Restaurant.