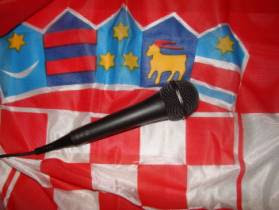 Please visit, where the projected documental is presented

Posted by Studia Croatica at 12:24 No comments: 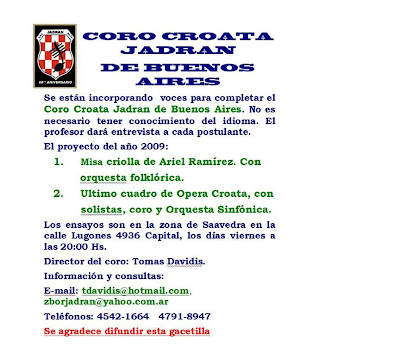 Posted by Studia Croatica at 12:19 No comments: 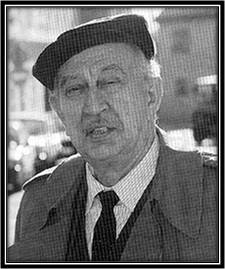 From the Adriatic to Lake Erie...
A Celebration of a Life of Freedom, Patriotism and Love.

George (Jure) Prpic was born on November 16,1920 in Djala, Banat where his Croatian
parents lived at the time. He grew up and was educated in Croatia, graduating
from the Real Gymnasium in Požega in 1939. At the Croatian University in Zagreb he received his diploma in Jurisprudence in 1944. He started to write and publish while he was still a teenager. At the same time he was busy painting and drawing which he continued throughout his life.

In the spring of 1945, when Croatia was subjugated by communism, GJP settled as a refugee in Austria. He studied history at the University of Graz. In May 1950, he emigrated to the United States, first to Cincinnati, then to Cleveland, Ohio. In January of 1951 he married Hilda Hermann (Slovenian-born) who had emigrated to Montreal, Canada. They had first met in Graz, Austria. For 6 years, George was a factory worker like thousands of other newcomers, and found work at Cleveland Twist Drill. At the urging of Hilda, he began to study part-time at John Carroll University. In June of 1956, he received his Masters degree in History. He and Hilda then moved to Washington DC. At Georgetown University he majored in American history. Supported by his working wife (there were no scholarships at that time) he earned his PH.D. in June of 1959. His doctoral dissertation (over 650 pp.) topic was “The Croats in America”

George taught history at John Carroll University in Cleveland from 1958 until 1989.
His courses included: Historical Method, Modern Middle East, U.S. Immigration and
the Balkans. Dozens of graduate students received their degrees under his guidance.
At the same time, he was a member of JCU’s Institute for Soviet and East European
studies. He belonged to a number of professional organizations and was cofounder of the
Association for Croatian Studies. He extensively lectured at various forums, panels, and
conventions. George published many books, scholarly articles, essays, and reviews in both
English and Croatian, with some translations in Spanish and German. Among his books
are: A Century of World Communism (1973,1975); The Croatian Immigrants in America
(1971); South Slavic Immigration in America (1978); Croatia and the Croatians (1982);
with Hilda Prpic Croatian Books and Booklets Written in Exile (1973 US, 1990 Croatia).

In Croatian, he published Posljednji Sviban, a book of poetry in Rome in 1973 and in
Zagreb in 1990. Partly in Croatian and partly in English is his Baklja u Luci-The Torch
in the Harbor: Poems Notes, Drawings (1989). He illustrated both books. “The Torch”
depicts his immigrant experience.

In 1969, George, Hilda and their two children visited Croatia. In 1993, they again paid
a visit to the now “liberated” homeland. In November of 1997, Hrvatska Matica Iseljenika
published his lifework Hrvati u Americi (480 pgs.); George, as Matica’s guest, was
present at the introduction of his book and was subsequently interviewed by the media
and warmly welcomed in Zagreb and Croatia. “We were happy to see a liberated Croatia
for who’s freedom we had struggled over the decades. Thank God!” In 2000 George
coauthored, with Ivan Miletic and Ivan Cizmic, From the Adriatic to Lake Erie: a history
of Croatians in Greater Cleveland. The book was published by the American Croatian
Lodge in Eastlake, Ohio and by the Institute for Social Sciences in Zagreb.

In his retirement in Euclid, Ohio George continued to write and to be a resource to fellow historians, media sources and educational institutions in his various areas of expertise. Over the past decade he has been sending his vast collection of books, papers, archives and personal notes to the Croatian Archive in Zagreb. This body of work is in the capable hands of his former student and long-time colleague, co-author and friend, Ivan Miletic.

Personal notes on my father the historian.

This biography is the product of various sources from working copies George had used over the years. I am certain of, and will be grateful for the corrections I am sure to receive. In preparing this document I find myself seemingly drawn into the process that was his life’s passion. As with many writers, historians, and artists, Dad had an immense treasure trove of piles, boxes, shelves, shoeboxes, envelopes, filing cabinets, various pieces of furniture stuffed with papers, notebooks and folders. As Maya and I begin to mine his collective artifacts, I feel as if we are in a way taking on his roll as historical explorers.We began this process wishing to show many of his photos, but soon realized that this is an immense body of images, artwork, drawings, and writing.

Jure was also a prolific artist, working in a number of media. We found that we quickly had
to narrow our scope. We hope to share many images and works in the near future.

I find it necessary to add some personal observations to these historical facts. George, my father, was a brilliant scholar. He could go into his mind and produce data and lay bare history with conviction and verbose accuracy. His dedication to the intellectual pursuit of writing as a means of fostering freedom in his native Croatia, was as strong as his gratitude and patriotism for America, his second country and home. Freedom is a state of being he greatly treasured.

I was also fortunate to see a side many did not. The gentle soul that he was. He cherished Hilda and Maya and myself, and all of his family, He valued his friends and many colleagues at John Carroll and around the world. I remember the constant flow of letters from far away places, in various languages (Jure spoke 5), and phone calls from around the world. His hand-colored
(each one) Christmas cards are a fond memory. He was a soft spoken, supportive, tolerant, yet
private individual, and he was generous with his time and money. George gave to dozens and
dozens of individual charities and causes, showing no agenda in his generosity.

He showed a quiet satisfaction in his accomplishments and was settled into a simple lifestyle with simple needs. He loved his various homes and yards over the years, and planted on each, a willow tree, all of which are now beautiful specimens. He received great pleasure from his Christmas trees, and in correspondence with his family around the world. I have been able to
share his love of art, and we have had the great pleasure to visit Croatia. I have seen the many places he passed through... where he was educated, where he met my mother... I now understand more of his mind, and of both his and the world’s need for historical record; This power of truth in knowledge; The great and the small mysteries to be uncovered: The need to understand clearly what had been, so as to have a better understanding of the present and future.

I will remember him as gentleman, reserved but steadfast in his faith and in his personal
convictions. He was kind, generous, patient and comfortable with anyone he had dealings with.

He has truly been the greatest example of the human traits of gentleness, tolerance, gratitude, generosity and unwavering love; to God, his dual homelands, and to his family. Truly his is a life to celebrate. Živili tata!

- From the Adriatic to Lake Erie: A History of Croatians in Greater Cleveland by Cizmic,
Ivan; Miletic, Ivan; Prpic, George J. 2000

- Croatia and the Croatians: A Selected and Annotated Bibliography in English 1982

- Role of the returned emigrants in Croatia: A historical assessment 1977

- Tragedies and migrations in Croatian history 1973

- Nationality studies on Southeastern Europeans in America: With emphasis on Yugoslavia -1972

- The Croatian Immigrants in America. 1971

- Communism and nationalism in Yugoslavia 1969

- East Central Europe and its Sovietization; A selective bibliography 1966

- Maximilian Vanka, his contribution to the arts of America 1958

I am with you always!
To those I love and to those of you who love me.

When I am gone, release me, let me go.
I have many things to see and do.

You mustn’t tie yourself to me with tears.
Be happy that we had so many years.

I gave you my love, you can only guess,
how much you gave me in happiness.

I thank you for the love you’ve shown,
but now it’s time I travel on alone.

So grieve a while for me if grieve you must.

Then let grief be comforted by trust.

It’s only for a while that we must part,
so bless the memories within your heart.

I won’t be far away, for life goes on.

So if you need me, call and I will come.
Though you can’t see or touch me, I’ll be near.

And if you listen with your heart, you’ll hear
all my love around you soft and clear.

And then, when you must come this way alone,
I’ll greet you with a smile and say
“Welcome Home.”

Posted by Studia Croatica at 12:04 No comments:

We are saddened at the loss of our dear father George Jure Prpic. Dad passed away very easily and quietly, with his immediate family present, at 2:30 EST April 23, 2009. He lived a very good life to the grand old age of 88. We will miss our gentle scholar, and we are blessed with a tremendous legacy of his work and art that we look forward to sharing in the future.


Enclosed is the obituary text

Posted by Studia Croatica at 08:31 No comments:

Posted by Studia Croatica at 08:17 No comments: 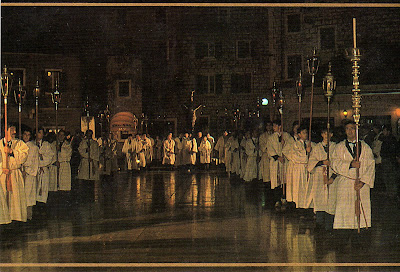 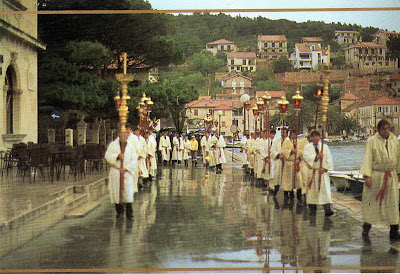 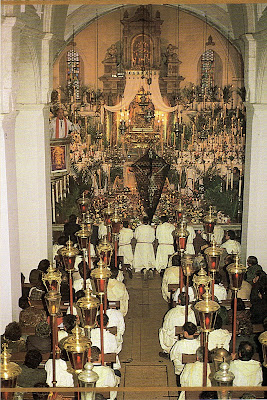