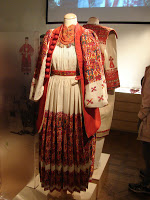 Myth: The Croatian government during World War II had a policy of executing downed Allied airmen and dozens of Americans were executed by the Croatians during the War.

Reality: The wartime NDH Croatian government, signatory to the Geneva Conventions, had no policy of executing captured airmen of any nationality. No American airman was executed by the NDH Croatian government during World War II. There is considerable evidence that Allied prisoners of war in Croatia were very well treated in captivity. As many as 1600 American airmen were rescued by Croatian and Bosnian Partizans and returned to service. Almost unique among myths, it is possible to actually trace the origin of this story back to its source; "the Balkan Intelligence Chief."

At INS headquarters in Los Angeles, kept under lock and key and marked "secret" is the file of Andrija Artukovic....According to the testimony of one American Intelligence chief in the Balkans section during the Second World War, he also approved orders that sent dozens of American pilots to firing squads

The preceding quotation made its international debut in the December 1973 issue of Reader's Digest magazine. No author or source was given. Like most myths, it took on a life of its own and more recent versions have added the "official policy of the Croatian government."

When asked to name the "American Intelligence chief' or cite their sources, the editors of Reader's Digest first claimed that the article had been "carefully checked by our research and legal departments and we believe they found adequate support for a.ll the factual statements." Despite hundreds of requests from scholars, political leaders, the media-watch organization Accuracy in Media, and others, the magazine was never able to produce the name of the intelligence officer or any evidence that a single American was executed by the Croatian NDH government during the War.

By April of 1974, Reader's Digest began refernng all inquires to their legal department. Finally on March 25, 1974 the editors, responding to a formal request by California State Assemblyman Doug Carter, admitted that the charges were "claims and allegations, not necessarily fully documented facts."
The "Balkan Intelligence Chief"

The myth did not originate with the Reader's Digest in 1973. The identity of the "Balkan Intelligence Chief" can be traced back to the June 26, 1958 edition of a small California newspaper, the Palos Verdes News when John J. Knezevich, its Serbian-American publisher wrote:

During the last war, I was head of the Balkin (sic) section of the United States Army and Navy Joint Intelligence Collection Agency...I know whereof I am speaking."

Knezevich went on to accuse World War II Croatian cabinet minister Artukovic of no fewer than 740,000 deaths, including the deaths of "dozens of American pilots." This was not Knezevich's first article on the subject. He had made the charges in his newspaper as early as May 17, 1951. Whether Mr. Knezevich held any post with the intelligence community during World War II is not known. However, it seems implausible that a Chief of Balkan intelligence would have consistently misspelled the word "Balkin" in all of his writings. What is known about Knezevich is that he was active in several Serbian organizations in southern California and was active in a number of anti-Croatian and anti-Catholic movements of the 1950s. His newspaper column "Review of Events" was a regular front-page feature, often filled with anti- Tito, anti-communist, antiCroatian, and anti-Catholic propaganda.

Knezevich is first mentioned in the extradition case of Andrija Artukovic, a wartime Croatian cabinet minister wanted by communist Yugoslavia for crimes against the state. On May 8, 1951, Knezevich asked to appear in camera before the U.S. Immigration and Naturalization Examiner. He presented "confidential" information that he had seen documents signed by Artukovic ordering the execution of dozens of pilots. Under examination however, Knezevich refused to state whether he had ever been anywhere in the Balkans during the War; what he had done, if anything, in the military; and generally refused to answer direct questions.

The INS Examiner discounted his testimony and none of it was ever presented. Nor was the charge concerning American pilots ever mentioned in any future proceedings in the United States or Yugoslavia from 1951 until 1986. Obviously, the American and Yugoslav governments would not have passed up such an important witness or such a charge had they found the slightest shred of evidence to support his story.

Knezevich penned the final chapter of the story on July 24, 1958, when he listed all of the charges that he had made against Artukovic, including the execution of American pilots. He wrote: "Inasmuch as neither the writer or publisher are in a position to prove independently the truth or falsity of these assertions, they are all and singularly retracted. (signed) Palos Verdes News John J. Knezevich." Knezevich died in 1965.
The Airmen and the Baroness

Learning the realities of the fate of American airmen in Croatia during World War II proved even more interesting than uncovering the source of the mythology. Between the years of 1973 and 1979, this author undertook primary and secondary research into the subject which resulted in a monograph titled Allied Prisoners of War in Croatia 19411945. Fewer than one hundred airmen, American, British, Russian, South African, and Partizan, were held by the Croatian government during the War. The myth that "dozens" or twenty-five per cent, were executed was significant.

Over several years, the author was able to locate ten Americans who had been prisoners-of-war in Croatia. They were interviewed and surveyed, as were guards, the American-born priest who celebrated Mass, and others who were present at the estate of the Baroness Nikolic which served as the prisoner-of-war "camp" on the outskirts of Zagreb.

It was learned that the estate at 203 Pantovcak in Zagreb had no fence. Visitors were welcomed and some prisoners visited a nearby tavern until German soldiers visited the same establishment. Prisoners- of-war had a radio and listened to U.S. Armed Forces radio, and the camp tennis champion was Frank Ryan of Sommerville, New Jersey. Ironically the same site was fenced and well guarded during the 1991-1995 war as the official office of the president of Croatia. Baroness Nikolic considered the airmen her guests and afforded them the best treatment and food available given the wartime conditions, including a generous wine ration. Several prisoners worked in the villa's vineyards records were kept of all such work so that they could be paid after the war as provided for by Geneva Conventions. Given the chaotic state at the end of the war, the sirmen were given vouchers instead of cash. One former prisoner, a guest of honor at a Los Angeles Croatian Day celebration in 1979, still had his voucher and vowed to cash it in when Croatia became independent.

Often the Croatian Red Cross provided the airmen such luxuries as chocolate and cigarettes that were unavailable to the average Croatian soldier. While wounded or ill Croatian soldiers could expect little more than meager supplies in field first aid stations, American flyers were treated at Zagreb's finest hospital and there is photographic evidence of visits to them by Croatian Chief of State Pavelic and other officials.
Americans Helping Croatians

In early 1945 an attempt was made to evacuate American pilots from what was soon to be a war zone. Croatian Air Force General Rubcic saw to it that twelve American pilots were trained in the use of Croatian planes, which tepresented the last hope for the air defense of Croatia's capital. After familiarization on the collection of German, Italian, French, and British manufactured aircraft, fourteen Americans and one Croatian liaison officer flew to Italy. There they tried to convince American forces to land on the Dalmatian coast and meet the Red Army at the Drina tiver.

In 1943, Croatian Lt. Colonel Ivan Babic had flown a similar mission to American occupied Italy to suggest to the Americans that such an invasion would meet no resistance and that the Croatian Army would even establish a beachhead for them. The American command knew that the Dalmatian coast was Hitler's great weakness and that such an attack could split the German armies. Neither the Croatian nor American commanders knew that Yugoslavia had been designated as within the Soviet sphere. Allied forces continued to fight and die moving up the boot of Italy. Babic, working secretly for the Croatian Peasant Party, was thrown into a British prison for his efforts.

Other Americans offered their services to the Croatians in order to try to save Croatian troops from the communists. Lt. Edward J. Benkoski, pilot of the P-38 fighter "Butch," joined Englishman Rodney Woods and John Gray, a Scot, in attempting to negotiate for the Croatians in May 1945. Another American officer accompanied Croatian officials to negotiations at Bleiburg, Austria, at the end of the war to keep Croatians from being returned to certain death in Yugoslavia. They failed. The Americanborn priest Theodore Benkovic who often celebrated Mass for the airmen wrote:

Despite constant American bombings, the Croatians bore no hatred toward the Americans, for in a fatalistic way they held it to be necessary. I saw my countrymen held captive in Mostar, how the people treated them well, even offering the American flyers the few cigarettes they possessed; how they begged me to make known to my countrymen of their hope of liberation by the Americans. None of the airmen interviewed or surveyed recalled any instance of mistreatment and some provided documentary and photographic evidence of very close personal relationships with Croatian officers and members of the Croatian Red Cross. The study failed to find the name of any Allied prisoner-of-war who was executed and found no "official policy" of executing airmen. Some airmen did recall that they were warned in pre- flight briefings that they would be executed if captured by the Croatians. That information was supplied by Mihailovic's Cetnik who were paid in gold for each airman returned to the Allies.

In January 1966, the Baroness Nikolic visited the United States to attend a showing of her art works. Several of her former "prisoners" welcomed her to Cleveland. One, Gene Keck of Washta, Iowa, traveled nine hundred miles by bus to see her again. "She's my second mother...I was her baby when we were on her estate in Zagreb." Often the mythology is diametrically opposite of the reality.

Posted by Studia Croatica at 08:13