02 Bosnia and Herzegovina and World War I 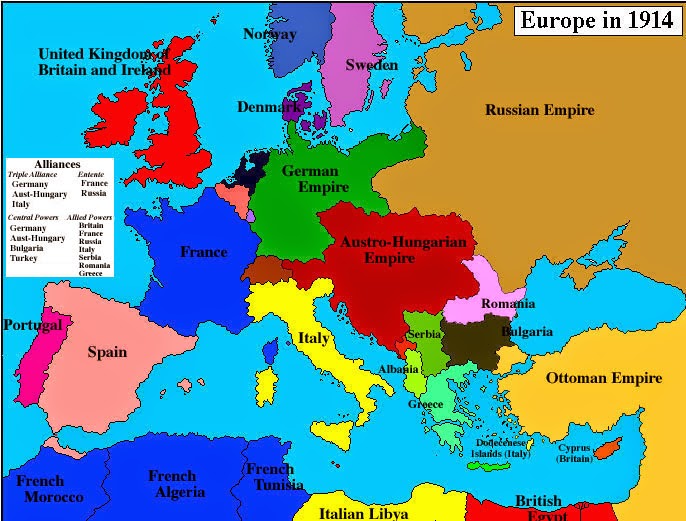 (Summary)
Fifty years ago, in an official visit to Sarajevo, capital of Bosnia, at that time an Austro-Hungarian province, the Archduke Francis Ferdinand, heir to the throne of the Empire of Austria and of the Kingdom of Hungary, Croatia, etc., and his wife, the Duchess Sophie of Hohenberg, died as victims due to an attempt on their lives.
The murderers were Serbian, to whom military weapons had been supplied and who were instructed in their use in Serbia itself.
The murder was an outstanding event in a long course of political tension and subversive activities against Austria-Hungary by the Serbians. Serbia was encouraged by Imperial Russia in its intention to seize Bosnia and Herzegovina, two former Turkish provinces, which had been occupied by Austro-Hungarian armed forces in 1878, in accordance with the decision of the Berlin Congress. Thirty one years later, in 1908, Austria-Hungary annexed both provinces and incorporated them to its own territory. The shots of the murderers in Sarajevo also were the first shots ot the world war, which-according to Raymond Aron's statement-have marked the beginning of the Twentieth Century's Thirty Years War.
At the fiftieth anniversary of that fatal crime, which happened in Bosnia, a province of Croatia, and in close relation with events which exerted influence upon Croatia's political development in the present century, the CROATIAN LATINAMERICAN CULTURAL INSTITUTE of Buenos Aires has prepared this special edition of STUDIA CROATICA dealing with Bosnia and Herzegovina, as its own contribution in shedding more light upon the origins of the First World War.
Redacting this edition, in which many contributions of several outstanding Croatian authors are published, the editors have started from the fact that in the extraordinarily abundant international literature, treating the First World War, actually there is still a huge gap existing on account of a partial and incomplete dealing about the Bosnian and generally about the Yugoslav Question, due to insufficient knowledge of facts and of documents hardly accessible owing to ignorance of the language. Moreover, it would be impossible to understand the development of events or to set up responsibilities thereof without a correct valuation of the political motives behind the forces in the conflict.
According to the opinion of the editors and contributors of this publication, the main deficiency in a number of works about the First World War is the acceptance as a proved truth of the propaganda thesis, that Bosnia and Herzegovina are, on account of their history and ethnical composition, uncontested Serbian territories.
For this reason, several Governments and individuals could find some lenitive circumstances, favouring the inspirers, the organizers and also the perpetrators of the Sarajevo crime, and consider them in a certain light as the defenders of the would-be national rights of the small Serbia against the contentious and powerful Monarchy of the Habsburgs. Yet, those Governments fully agreed with Albert Einstein's firm belief, expressed in a protest to the League for Defense of the Human Rights against crimes of the Royal Yugoslav dictatorship, in which the great scientist emphasized that murder cannot be tolerated as a means to enforce political goals.

Posted by Studia Croatica at 06:27