Why Europe Will Triumph in Brazil 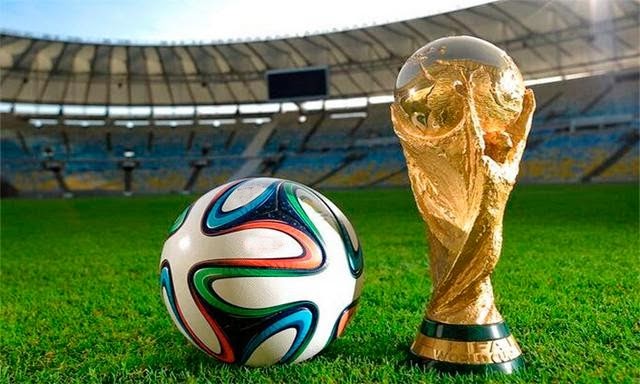 http://online.wsj.com/articles/a-european-team-will-be-the-winner-at-the-2014-world-cup-1401740590?mod=rss_Opinion?mod=hp_opinion
The 2014 World Cup will kick off next week in Brazil. Most experts, including analysts from Goldman Sachs, predict that a South American side, most likely from the host nation, will clinch the championship. Not so fast: Thanks to the innovative way the game is played on the Continent, it’s Europe that’s poised to triumph in Brazil, keeping the trophy in European hands for the third time in a row.
Soccer has historically been an insular sport. The game’s traditional stewards—working-class athletes who go on to become managers—weren’t academically inclined, to say the least. Not much was written about soccer until recently, save for the daily match postscripts and a few superstar biographies. Soccer thus hasn’t evolved for decades in much of the world, and innovation has often been frowned upon on the field and in the clubhouse.
But European soccer has followed a different path since the 1970s. Consider the “total soccer” of the late Dutch player and coach Rinus Michels, which emphasized the movement of players up and down the field outside the usual positional segments, among other things. That was just the beginning: Germans took the game one notch higher by focusing on physical fitness, exemplified by the likes of Branko Zebec’s Hamburger SV, whose players were required to run so hard in practice as to occasionally trigger minor rebellions.
Then came the passing game of Johan Cruyff at Ajax Amsterdam, which evolved when he moved to Barcelona in 1988, resulting in a game marked by shorter passes, high-intensity player support and movement into open spaces. Next, Dutchman Louis van Gaal and Spaniard Pep Guardiola took things a step further and gave us possession soccer, with its use of one-touch passing in a triangular support pattern, where keeping the ball in the offensive third was deployed, counter-intuitively, as a defensive strategy.
These milestones have culminated in today’s fast, explosive and powerful offensive game, centered around the short pass, quickness and high endurance.
European soccer took another step forward a decade ago, when math and science began illuminating every aspect of the game. Many speculate that the statistical revolution in European soccer was ­inspired by the analytics used in American baseball since the 1950s.
Serious clubs in Europe today have as many scientists on staff as they do coaches. Some, such as FC Cologne, favor the analysts by a wide margin; the German side employs more than 30 full- and part-time quants, according to the book “The Numbers Game,” by Chris Anderson and David Sally. That book, along with “Soccernomics,” by Simon Kuper and Stefan Szymanski, is now required reading in European soccer.
Scientists have a major, and sometimes definitive, say on every dimension of training and management, including conditioning, diets, transfers, player selection and game mapping. Soccer data purveyors abound, and firms like Opta and Prozone render for soccer pros services not unlike those provided by Dow Jones and Bloomberg to the financial industry.
These developments weren’t the product of chance. Messrs. Kuper and Szymanski trace their origins to the single European market and the Continent’s postwar drive toward ever-freer movement of ideas, people, goods and capital. Take the 1995 Bosman Rule, named after the Belgian player Jean-Marc Bosman, which allowed top players with EU passport to hop clubs almost at will. Even earlier, border-hopping coaches, many from Germany and the Netherlands, began exporting national practices, and combined them with local assets, to germinate powerful new teams.
The 13 European sides competing in the 2014 World Cup will bring these advantages to bear in Brazil. They will be faster and more limber in the second half, when the body gauges start inching to red.
More important, they will be looking to deploy the new statistical knowledge at strategic points. Take corner kicks. Empirical evidence has shown, for example, that the traditional lobs to the center rarely cut it, despite popular thinking, resulting in one goal for every 45 tries. European teams will rather look to play the ball into the 16-meter box for a regular, quick shot, where the chances are one in nine.
Finally, pay close attention to how European teams make substitutions. If they do it at the 58-, 73- and 79-minute marks, you can safely bet that a quant is involved in game mapping.
Predicting the outcome of soccer matches is normally a risky enterprise. The beautiful game is beautiful in part because it’s the least predictable among major sports. Pregame favorites, based on wagering odds, end up winning only 54% of the time in soccer, compared with 60% to 70% success rates in baseball, basketball and American football, according to Messrs. Anderson and Sally.
Nonetheless, this randomness effect is minimized in the first round of the World Cup due to the group-play format and the statistically substantive difference between the top 16 teams and the next 16. Thus, it’s likely that at least 10 European teams will move into the second round, along with about five from South America and possibly one from the rest of the world.
In the second round the teams are very close to statistical equals. Due to the single-elimination method used here, the randomness is even more heightened and prediction is essentially a coin toss. Each team has a 50-50 chance of staying in the tournament at every match. Yet, since Europe is likely to have so many teams in the second round, it will effectively have two rolls of the dice for each one for the Americas and the rest of the world. Put another way, it would need to win only one game in double-header, and the Americas both. But we better stop with this baseball thing.
Mr. Raguz, a Paris-based development banker, is a U.S. Soccer Federation-licensed coach.
Posted by Studia Croatica at 16:04