The clear spirit of the Croatian language

Academician Stjepan Babić (Oriovac, November 29, 1925 - Zagreb, August 27, 2021) left a great work permanently woven into the language culture of the Croatian people and Slavistic literature. He has collaborated with the world's leading linguists of his time, including our linguists in exile.

One of the most important Croatian linguists, Academician Stjepan Babić, a full member of the Croatian Academy of Sciences and Arts, died in Zagreb at the age of 96. He was born on November 29. 1925 in Oriovac, studying in his hometown, Osijek and Zagreb, and perfecting himself throughout Europe.

He has been a full professor throughout his working life at the Zagreb Faculty of Philosophy, defending his doctorate at the parent university, training generations of Croatian language teachers.

Since 1977 he is an associate member of the Croatian Academy of Sciences and Arts, and since 1991 full member at the Department of Philological Sciences.

He was editor of “Jezik” magazine from 1963, and from 1970 to 2005 he was editor-in-chief, member of the Main Board of Matica hrvatska (1989-1992) and member of the Croatian Philological Society and its Presidency.

From 1993 to 1997 he was a member of the Chamber of Regions (Zupanias) of the Sabor (Parliament) of the Republic of Croatia elected in the county of Brod-Posavina. He participated as a polyglot of scholarly education in numerous scientific congresses and slavistic congresses in the country and abroad.

He was awarded the highest scientific and state awards of the Republic of Croatia - the “Bartol Kašić” Prize for his significant scientific activity in the field of social sciences and humanities in the field of the study of the Croatian literary language (1991), the "Order of Danica hrvatska with the figure of Ruđer Bošković" for his special merits in science (1995), the "Commemorative Medal of Gratitude of the Fatherland" for honorable and exemplary service over a period of five years (1995), the “Order of Ante Starčević” (1996) and the State Award for his life work (2004).

His complete bibliography includes more than a thousand bibliographic elements. During the Croatian Spring of 1971, together with academics Milan Moguš and Božidar Fink, he drew up the "Croatian Spelling-Hrvatski pravopis", which was destroyed in 1971 for political reasons after printing, and was reprinted in London in 1972, for tha treason the smuggled work is known in history as the "London" edition.

The complete Croatian Spelling (Hrvatski pravopis) was first printed in 1990, after which it was published several times.

According to linguists, in the most challenging period in the development of the Croatian literary language, from the end of World War II to the proclamation of the independent and sovereign Republic of Croatia, the linguist Stjepan Babić proved to be a scientist at the height of the goal of standardization and the most complete description of the Croatian language.

More than other linguists in the homeland, despite the danger, he restored human dignity to the persecuted Croatian writers in exile.

This serene scholar was a brave and honest man, so he worked fearlessly for years with the leading linguists of his day during the world divide of the Cold War, including Croatian linguists in exile who taught at the most prestigious universities in the West , from the French Sorbonne, several German universities, Sweden, England, Canada, the United States, Argentina, Venezuela to Australia, in whose faculties experts such as Branko Franolić, Vinko Grubišić, Anthony Knežević, Christopher Spalatin and Luka Budak taught, as well as also by priests linguists such as Karl Kosor, Jeronim Šetka, Gracijan Biršić and others.

Stjepan Babić is precisely the mainstay of Croatian linguistic studies, whose intellectual force united emigrated Croatia and homeland in the early 1970s, in the same way that Tuđman united the Croatians before the fall of the Wall of Berlin

Academician Babić gave lectures, printed spelling and grammar manuals among our emigrants and wrote articles for the Croatian press in exile from Nikolić's cultured “Croatian Review-Hrvatska Revija”, “Studia Croatica” edited in Argentina, to the esteemed American magazine "Journal of Croatian Studies" directed by Mirth and Jareb, writing about linguistic culture (outside the ideological framework chained by the so-called “Croatian silence”) and encouraging migrants to establish independent Croatian language centres and departments in the 1980s in Australia and Canada, and other migrant destinations in Western democracies who wanted to teach their children their mother tongue, whose name could not even be pronounced in the Homeland, and could only be named in variants of the two-part Yugoslav name Croatian-Serbian.

Contrary to the claims of the time of the communist regime, no major differences were noted in attitudes and views on the development of the Croatian literary language in the second half of the 20th century between Croatian linguistics in the homeland and in the emigrant and their main referents.

Acting in synergy, despite the stereotype of the so-called “ustasha spelling”, the aforementioned Croatian linguists experienced the realization of their life's dream, centred on the affirmation of the Croatian language in the homeland and in the international community.

The copies prohibited in the Homeland of the "Croatian Spelling - Hrvatski pravopis" by Babić, Finka and Moguš from 1971 and the "Revision of the grammar of the Croatian literary language - Pregled grammatike hrvatskoga književnog jezika" by Stjepan Babić and Stjepko Težak (1973 ), were published in thousands of copies by Kušan's “Nova Hrvatska” magazine in London, reaching all Croatian households in the Free West, a decade before the “Croatian Spelling” could be found on the shelves of Croatia.

The beginning of the 1970s, after all the tests caused by the publication of the “Declaration” through which the Croatian language passed, brings a new perspective and renewed strength in the struggle to preserve the uniqueness of the Croatian literary language, in which the role of Stjepan Babić is invaluable.

The crown of Babić's scientific achievements is "The formation of words in the Croatian literary language" (1986), which is published as a capital project of the so-called "Great Croatian Grammar" of the Academy (HAZU), alongside the "Syntax of the Literary Language" by Radoslav Katičić, while in the field of linguistic lexicography began the publication of the "Dictionary of the Croatian Literary Language from the Croatian Renaissance to Ivan Goran Kovačić" by Julij Benešić.

As the culmination of this effort by the Academy, the first complete Croatian phonetics is published, ie the “Historical Review, Voices and Forms of the Croatian Literary Language” by Stjepan Babić and Ivo Škarić and associates (1991).

In addition to major philological books, Babić has published hundreds of articles and discussions in national and foreign Croatian and Slavistic journals and anthologies, mainly on contemporary Croatian language and orthography as well as on the history of the language.

He also wrote on Croatian literature and prepared editions of the oldest Slavonian writers. Professor Stjepan Babić collaborated with the Croatian Emigration Foundation on the magazine “Matica”, as well as the “Anthology of Croatian Emigrants” with valuable philological articles. As a textbook and manual writer, Stjepan Babić has permanently indebted many generations and has indelibly marked the culture of the Croatian language. 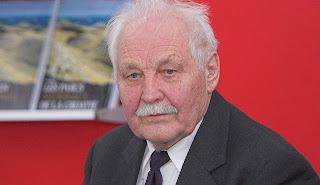 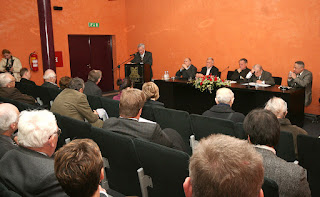 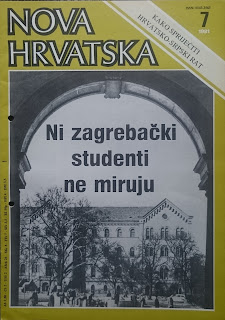 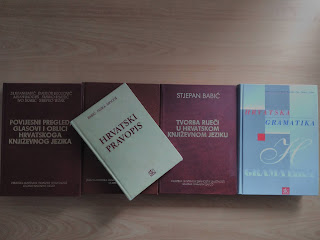 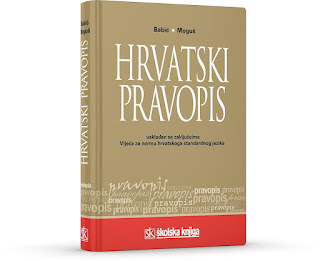 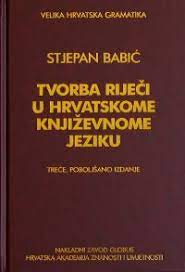 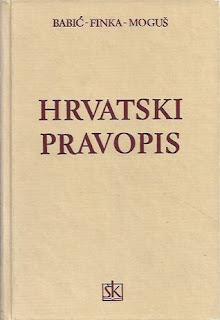 Posted by Studia Croatica at 10:46