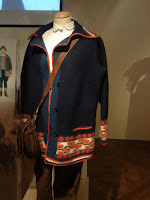 It became apparent by 1995 that Yugoslavia was dead. Despite that, many in the Western media and in academia kept its spirit alive by referring to a "Serbo-Croatian" language despite the fact that there never was a single "Serbo-Croatian" tongue.

The Camel and the Virgin

It is true that Serbian and Croatian are very similar, sharing personal pronouns and seven identical cases. But Serbian is written with the Cyrillic or Russian alphabet and Croatian is written with the Latin alphabet. Each has thousands of words that are totally different, including such common names as those of the months and even the words for "book" or "library." Moreover, thousands of other words have vastly different meanings in the two languages, sometimes with humorous result. A Serb referring to a nursing baby as odojce will have called the child a pig in Croatian. A Serbian railroad train, voz is a Croatian hay cart. A camel in Croatian, Deva can be the Virgin Mary in Serbian. There is no question, even by supporters of "Serbo- Croatian," that the two languages, even if taken as variants, are much less similar than Norwegian and Danish, or Flemish and Dutch among European languages.

The Language of Politics

"Serbo-Croatian" was used throughout the history of Yugoslavia as a political tool to homogenize the South Slavic peoples into a single nation; obviously without success. The very concept of a single South Slavic language can only be traced back to the mid- nineteenth century. In 1918 when the Serbian Army first occupied Croatia, one of its first tasks was to rip down every road sign, every railway station sign, every post office sign written in Croatian and replace them with signs in Serbian. In 1991, history repeated itself as the Serbian army destroyed Croatian signs in occupied Croatia and Bosnia.

The Language of Dictatorship

Under the Serbian Royal dictatorship of 1929-1934, the government did everything possible to force the Serbian language upon the peoples of Bosnia, Croatia and even Slovenia. Croatian children in Bosnia and southern Dalmatia were forced to use the Cyrillic alphabet in school. Many were prosecuted for criticizing the official "Serbo-Croatian" language. Despite that, all major Serbian and Croatian scholars, including Radosav Boskovic in 1935, Julije Bensic in 1939, Petar Guberina and Kruno Krstic in 1940, continued to recognize the separateness of the two languages.

Such modern scholars as Branko Franolic, Dalibor Broiovid, the late Francis Eterovich, Christopher Spalatin and Ivo Banac, all agreed. Professor Banac of Yale wrote "...Serbian ekavian was pushed through as Yugoslavia's official language, most often in Cyrillic garb. Nor could it have been otherwise. There was nothing neutral in the acceptance of ekavian, which was frequently the code word for the wholesale adoption of Serb linguistic practices, including Serb lexical wealth. In short, Belgrade political centralism had a parallel linguistic direction, which amounted to the infiltration of Serbian terms and forms throughout Yugoslavia by means of the military, civil administration and schools,"

The Language of the Revolution

After World War II, despite promises of the Revolution, a single "Serbo-Croatian" language was, again to quote Banac, "grafted onto Marxist ideological imperatives." The government, the Party, the military, and the media were forced to use "Serbo-Croatian," which increasingly became Serbian with Latin letters in Croatia.

The only reason that "Serbo-Croatian" existed and the only reason it was forced upon unwilling populations were the politics of an artificial Yugoslavia united by force against the will of the majority of its population. Branko Franolic wrote: "The linguistic convergence between the two languages, Croatian and Serbian, has been encouraged and hastened for political reasons by the Belgrade Federal Government which has imposed as "official language" the Serbian language already in use in the political, administrative and military spheres. Serbian has been used for political ends as a cohesive force within the "nation-state" of Yugoslavia. For that matter, the convergence between the two languages concerns not only the language but the organization and the social structure in which Serbian is the dominant language and Croatian the dominated."
The Language of the Past

Yugoslavia is dead. Neither an artiticial language, artificial borders, or a Stalinist demagogue like Slobodan Milosevic could restore the historical mistake that was Yugoslavia. Scholarly and professional organizations throughout the world have discontinued use of the term "Serbo-Croatian." Yet many in the media and academia cling to this linguistic fabrication. Each is entitled to an opinion. However, such scholars and organizations as Luka Budak, Chair of Croatian Studies at Macquarie University in Sydney, Ivo Banac at Yale University, the University of Zagreb, the Croatian Academy of Sciences and Arts, and the Serbian Academy in Belgrade, assert that the language of the Croatian people is Croatian.

Many governments no longer recognize "Serbo-Croatian" as a language at all. The U.S. State Department, the Voice of America, and the U.S. Defense Language Institute, among others, all recognize Serbian and Croatian as separate languages, as do major universities large enough to have separate South Slavic language programs, such as Macquarie University in Sydney. Finally, in 1988, the International Organization for Standardization in Switzerland restored "Croatian" and "Serbian" to its listing of the world's languages. The listings had been replaced by "Serbo-Croatian" in 1970 at Belgrade's insistence.

There were still those who ignored such scholars, institutions, and governments and continued to refer to the "Serbo-Croatian" language. When the Serbian propaganda film Vukovar: Poste Restante toured North America in 1996 it was advertised as "Serbo-Croatian with English subtitles." There were also those who longed for a restored Yugoslavia. Clinging to the relics of the past did not change myth into reality.

Posted by Studia Croatica at 15:53