MYTH: "THERE WAS NO RETRIBUTION AGAINST THE CROATIANS AFTER WORLD WAR II " 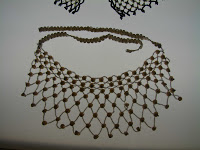 Myth: Because Tito was a Croatian, no retribution was taken against Croatian officials, soldiers or civilians after World War II by the victorious communists.

Reality: Thousands of Croatians were slaughtered immediately after the War; tens of thousands more were sent to prisons; government officials were executed, and those who escaped were tracked down and murdered in foreign lands well into the 1960s.

That there was no retribution against the Croatians after World War II is not so much a myth as an outright attempt to falsify history. As is the case with several other myths, Serbian apologists gave new currency to this story in the world press during the Croatian war for independence of 1991-1995.

Until the mid 1990s, the post-war massacres of Croatians were almost unknown outside the Croatian community. To many Croatians, the single word "Bleiburg" summarizes the pain endured by a nation, The Bleiburg-Maribor massacres were documented in such works as Operation Slaughterhouse by John Prcela and Stanko Guldescu, In Tito's Death Marches and Extermination Camps by Joseph Hecimovic, Operation Keelhaul by Julius Epstein, Bleiburg by Vinko Nikolic, and perhaps best known, The Minister and the Massacres by Count Nikolai Tolstoy. Tolstoy's account of how one British officer was implicated, so outraged the British authorities that Tolstoy was sued for millions and the book was banned. That these massacres occurred is irrefutable. Only the number of deaths and the depth of American and British duplicity are in question.

The story of Bleiburg began in early 1945 as it became clear that Germany would lose the War. As the German Army retreated toward the Austrian border, the Red Army advanced, and the communists began their consolidation of power, anarchy prevailed in what was Yugoslavia. A dozen or more nationalist movements and ethnic militias attempted to salvage various parts of Yugoslavia. Most nationalists, Croatian, Slovenian, and Serbian alike, were anti-communist and all had visions of the Western Allies welcoming them into the coming battle against communism. Croatians especially cherished the totally unsupported notion that Anglo- American intervention would save an independent Croatian state, just as they did in 1989.

As in every other part of eastern Europe, armies, governments and civilian populations began moving toward the Western lines. Some were pushed before the retreating Germans; others followed in their wake. Many traveled in small bands, armed or unarmed, while others were well organized into mass movements of people and equipment. Along the trek north they fought the Partizans and each other. Many surrendered; others fought to the death.
Retreat from Zagreb

The retreating German Army, usually without bothering to inform its erstwhile allies, took with it much of the material support for the Croatian armed forces. Despite conditions, several Croatian generals wanted to defend the city of Zagreb from the Partizan advance and fight to the finish if necessary. The communists made it clear that the city, swollen to twice its size with refugees, would be destroyed if they met resistance. A final meeting of the Croatian government was held on April 30, 1945, at which the decision was made to abandon Zagreb and retreat into Austria.

Still quite naive concerning Allied intentions, many Croatian officers hoped that the still sizable Croatian Army would be allowed to surrender to the British to fight again against the Russians. Since both Croatia and Britain were signatories to the Geneva Conventions, the Croatians felt that at worst they would be treated as prisoners of war.

The exodus from Zagreb began on May first. Two hundred thousand civilians were flanked by two hundred thousand soldiers. Archbishop Aloysius Stepinac took charge of the government for the few hours until the arrival of the Partizan army. Minister Vrancic was dispatched to Italy as a peace emissary, and several highranking English speaking officers headed the main column toward Austria.

The retreat was well ordered, and the protecting flank armies insured that all of the civilians arnved safely at the Austrian border by May seventh. A number of military units remained behind to fight delaying actions as late as May twelfth. Still other units, known as Krizari or "Crusaders," fled into the hills and fought sporadic guerilla actions until 1948.

The huge column, numbering perhaps as many as one- half million soldiers and civilians, including Slovenes, some Serbs and even a few Cetniks, finally came to rest in a small valley near the Austrian village of Bleiburg. The leaders had no way of knowing that their peace emissary, Dr. Vrancic, had traveled as far as Forli, Italy, by plane and car under a white flag only to be stopped short of his goal. At Forli, Vrancic and Naval Captain Vrkljan, who spoke fluent English, were detained by a Captain Douglas of British Field Security who was more interested in their diplomatic grade Mercedes-Benz automobile than their mission to see Field Marshal Alexander in Caserta. He held the emissaries incommunicado until May 20 when he pad them thrown into a POW camp and confiscated the and Betraya in the belief that their envoys had made some engagement with the British, the multitude of humanity set up camp in the valley to await the outcome of negotiations. One of the first groups to arrive at British headquarters was a contingent of 130 members of the Croatian government headed by President Nikola Mandic. All were told that they would be transferred to Italy as soon as possible by British Military Police. All were then loaded onto a train and returned to the communists for execution. It was the intent of the British to turn over all Croatians, as well as Serbs and Slovenes, to the communists from whom they had fled.

When the Croatian military leaders realized that they had led hundreds of thousands into a trap, some committed suicide on the spot. The British extradited at first hundreds, then thousands of Croatians. Some were shot at the border, while others joined the infamous "Death Marches," which took them deeper into the new People's Republic for liquidation.

Realizing the importance of the clergy to the Croatian people, most church leaders were arrested. Although Archbishop Stepinac was sentenced to death, he was saved by a massive outcry of world public opinion and died, probably of poisoning by the secret police, under house arrest in 1960. Two bishops, three hundred priests, twenty-nine seminarians and four lay brothers were less fortunate and were executed.

The number of Muslim religious leaders executed has never been determined, although the figure is thought to be in excess of six hundred. Churches and mosques were closed or destroyed throughout Croatia and Bosnia-Hercegovina. The new government dynamited the minarets around the mosque of Zagreb, turned the building into a museum glorifying the communist victory, and renamed the square in which it stood "Victims of Fascism Square." One of the first acts of the Croatian government in 1991 was to rename the plaza.

Almost every government official from the President to local postmasters, every military officer above the rank of major, and virtually every Ustase officer, regardless of rank, was found guilty of "crimes against the people." Many were executed. Enlisted members of the Ustase were often found guilty en masse and sent to concentration camps where many died. All top ranking members of the government were executed. Chief-of-state Ante Pavelic escaped only to be gunned down by an assassin in 1957. Even the memory of those anti-Partizans who had died in combat during the war would disappear as every non- Partizan military cemetery in Croatia was plowed under. In 1996 Croatian President Franjo Tudjman suggested that a memorial to those who were slaughtered after the war be dedicated at Jasenovac. This was the site of a concentration camp run during the War by the Ustases, and after the war by the communists, where a huge memorial was erected to the "Victims of Fascism." The suggestion was met with an outcry in the international media. Far from being a gesture of reconciliation among the Croatian people, as Tudjman intended, it was seen as an affront to those already memorialized.

The total number of people liquidated may never be known, but figures of one hundred to one hundred and eighty thousand have been voiced by some, up to onequarter of a million by others. Despite the scholarship and masses of documents proving the contrary, the Yugoslav government denied that the Bleiburg-Maribor massacres or any subsequent liquidation of anti-communists occurred. As late as 1976, special teams were active in Slovenia and southern Austria covering up evidence of the crimes. The American and British governments, implicated in the forced repatriation that led to the slaughter, also sought to cover-up or at least ignore the crimes. With the departure of the communist regime in 1990, the truth began to come to light. In caverns in Slovenia and Croatia, researchers using spelunker's equipment descended into the mass graves long before sealed. They found layer upon layer of human bones, crutches, rope, and wire used to bind the victims. Many of the skulls had a single bullet hole in the back. Estimates ranged from 5,000 victims in one cave to as many as 40,000 in another. When news was made public, other mass graves were reported throughout Croatia and Slovenia. No one had ever spoken publicly of them before.

In 1990 the Croatian Parliament formed a commission which included foreign experts to determine, for the first time, the full extent of the post-war massacres. In May of 1994, an international symposium was held in Zagreb to explore the Bleiburg Massacres, and in May of 1995, on the fiftieth anniversary of Bleiburg, scholars from around the world gathered again in Zagreb and at Bleiburg to set about the formal process of determining how many perished. Since every marked grave was destroyed; it presented a difficult undertaking requiring years of grizzly exploration and detailed research.

In 1996, the world's attention turned to more recent war crimes as new mass graves were found throughout Bosnia and Croatia and the Bleiburg massacres were again relegated to history in the Western press. The crimes of 1945, like those of 1995, will no doubt go unpunished. Whatever the final result, it will never again be said that Croatia did not suffer in post-war Yugoslavia.